Uluru is a tens of million old sand stone rock and the the most sacred and spiritual important place of the Anangu, the indigenous people living in Australia’s center. It is located 25 km east of Kata Tjuta, about 400 km southwest of Alice Springs and part of the Uluru - Kata Tjuta National Park.

While the Anangu discourage you to climb Uluru it is accepted by law and part of the lease agreement. However, I’ve the ratio of people climbing Uluru goes below 25% of all visitors (current ratio is at about 32%) the board is allowed to disallow what people call the climb once and for all. Furthermore, a current referendum ending in 2019 discusses the topic and may result in a closure as well.

The climb starts with a 300 m steep ascent with only a handrail. While I didn’t climb up a friend of mine did. The next photos have been taken by him (all rights reserved). 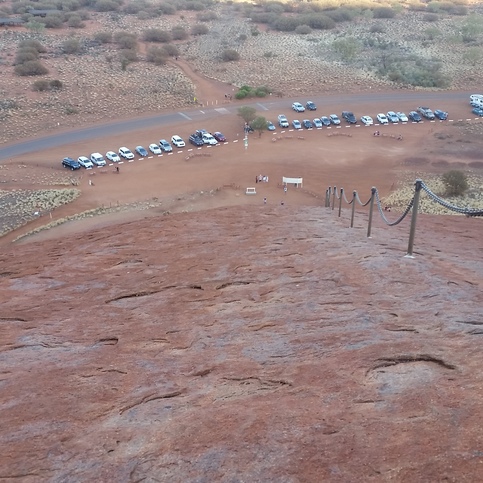 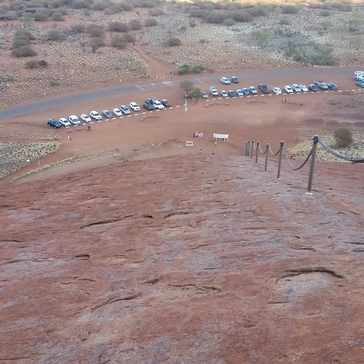 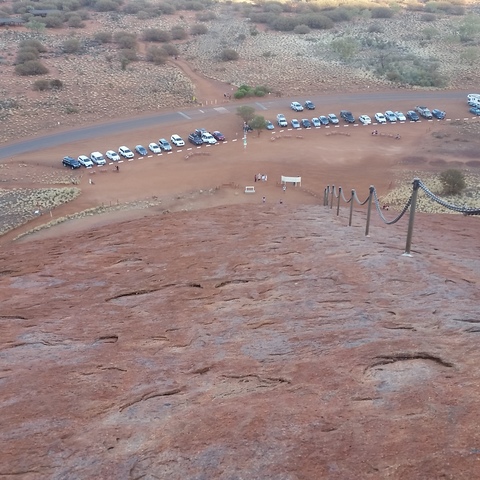 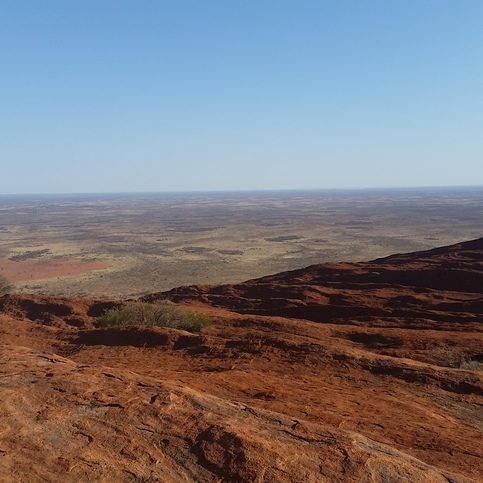 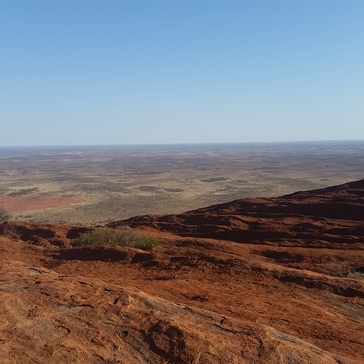 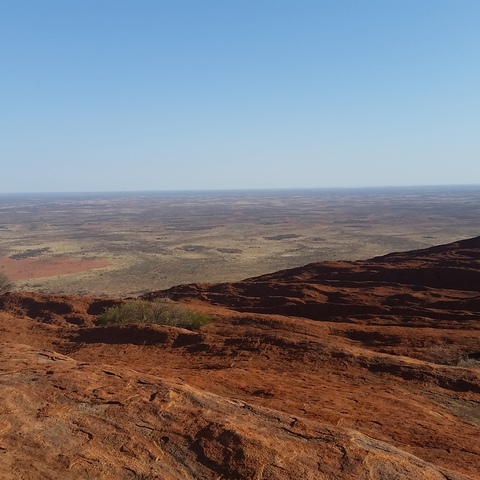 Instead of climbing I did half the board work right during sunrise. I started at the eastern part and made my way to the west side via over the southern hillside.

When you look at Uluru from a scientific perspective you see lots of caves. They are a result of erosions caused by rain and wind. If you consider the Anangu culture they were caused from spear impacts and other weird sounding reasons.

I timed my boardwalk such that I was at the Mala Walk by 8am to join a free ranger guided walk. While I experienced a few free walks that weren’t worth the time, this 1.5 hour walk totally was worth it. The ranger — indigenous though not an Anangu — told the cultural story behind Uluru and explained its importance to the Anangu. Given this additional knowledge the above mentioned reasons don’t sound too off anymore. 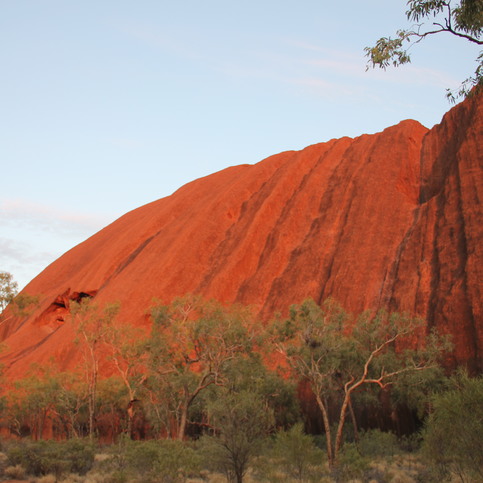 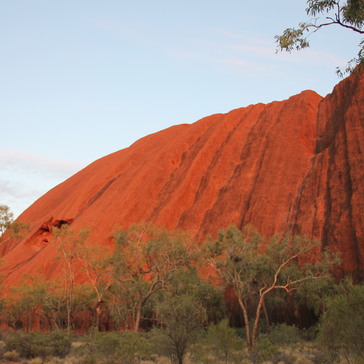 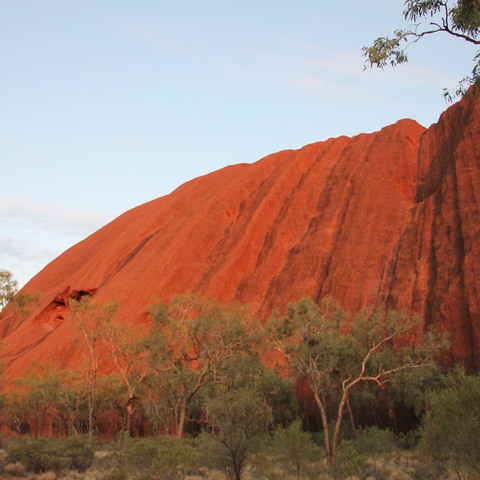 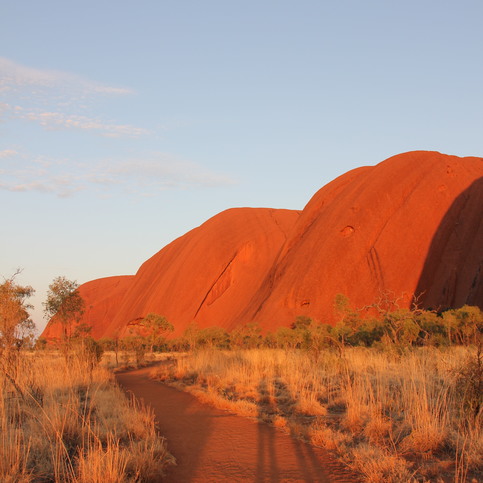 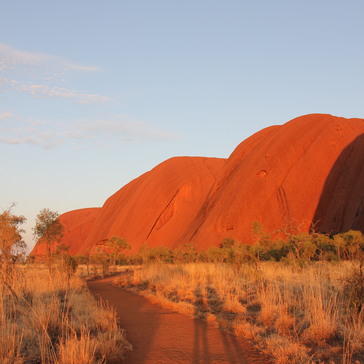 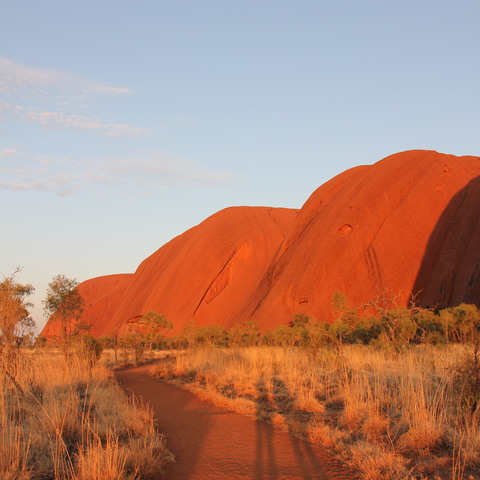 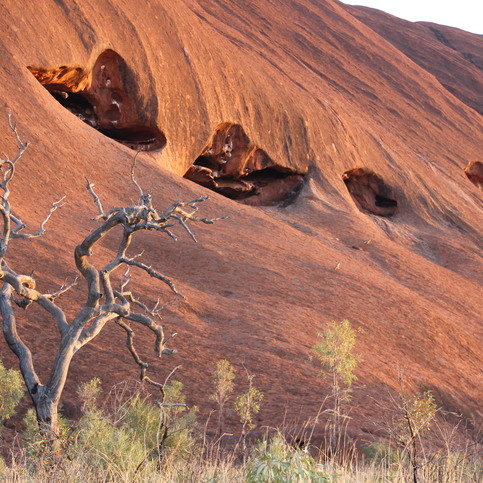 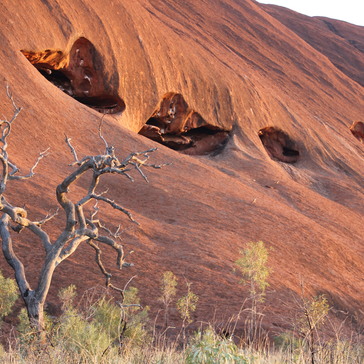 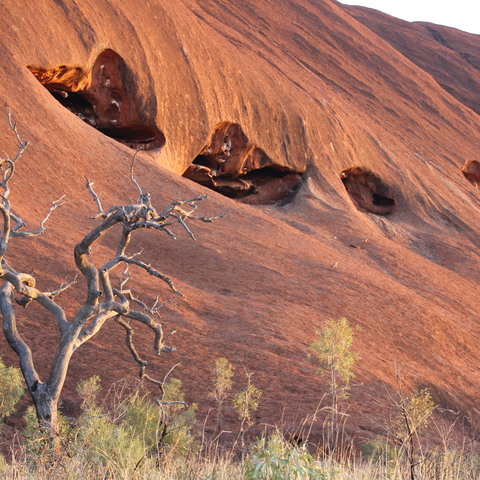 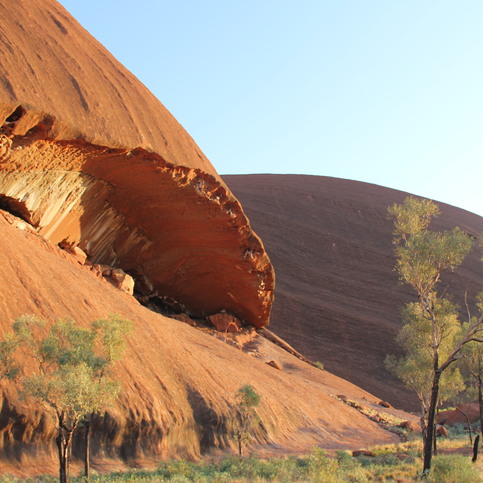 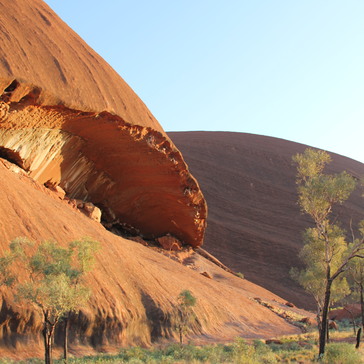 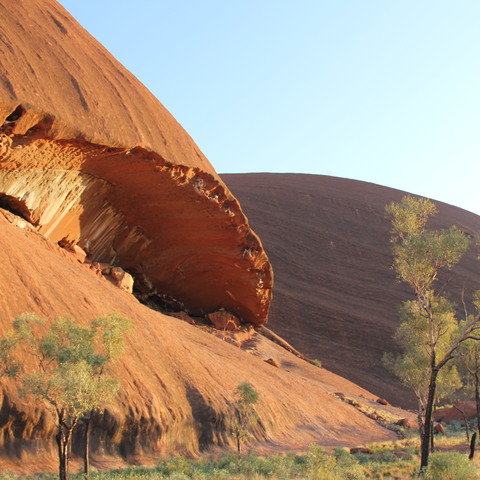