The Kakadu National Park‘s name is not derived from the bird, but from the mispronunciation of Gaagudju, which is the name of an Aboriginal language formerly spoken in the northern part of the park [1].

The area of the park was formerly inhabited by many Aboriginal People. Over the last centuries this changed, though, there are still a lot of Aboriginal Australians living there. The main attraction of the park is likely the place called “Ubirr”. There are lots of rock paintings to see showing the history of the Aboriginal culture. 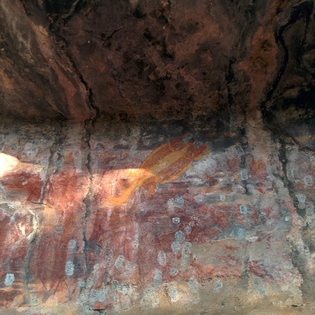 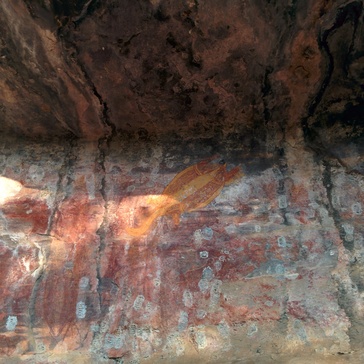 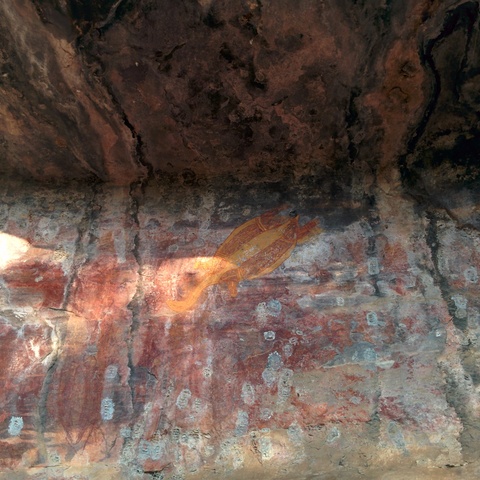 The most gorgeous part of the park is the view from Ubirr rock, though. The 360° panoramic view over the floodplains and escarpments. 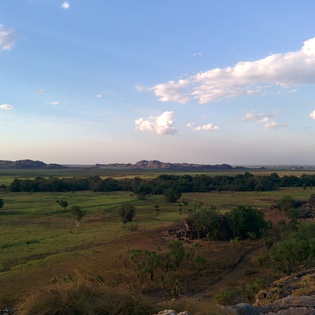 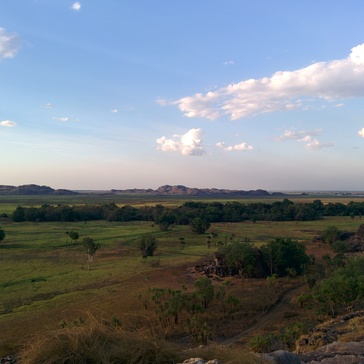 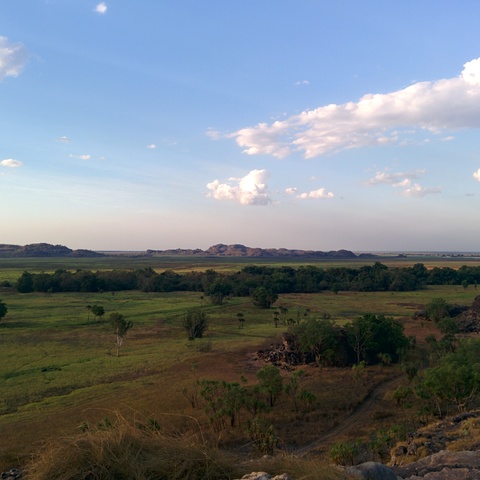 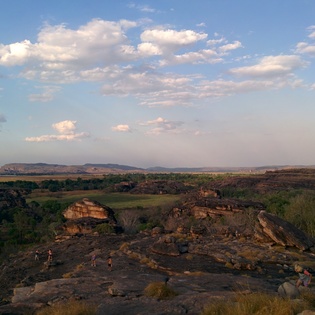 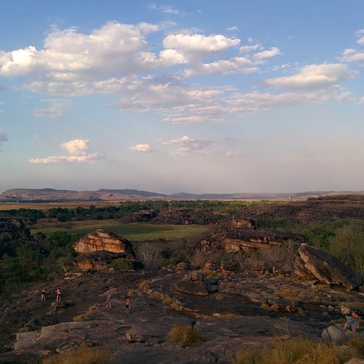 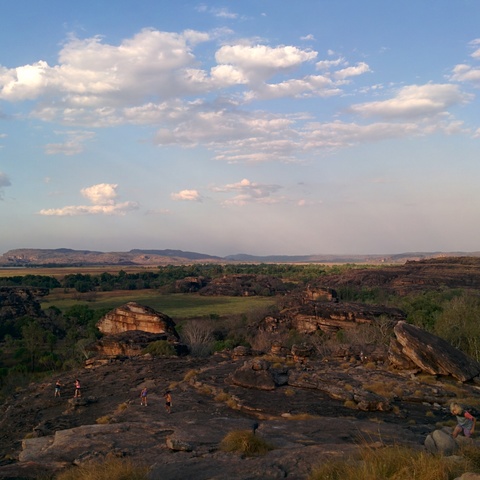 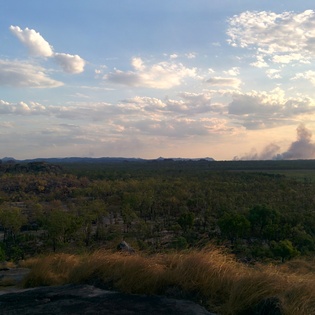 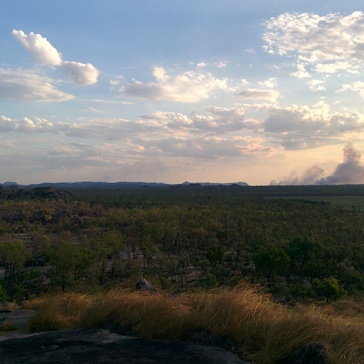 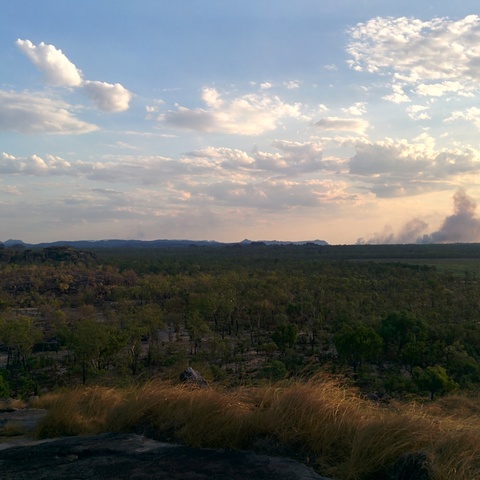 The bush fires you can see in the 3rd picture are common and vital to the park’s flora. After the white park organization stopped burning areas the fauna collapsed and slowly started to recover once specifically lit fires have been introduced again. 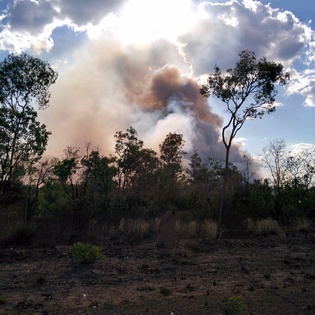 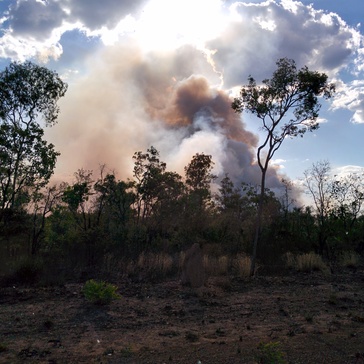 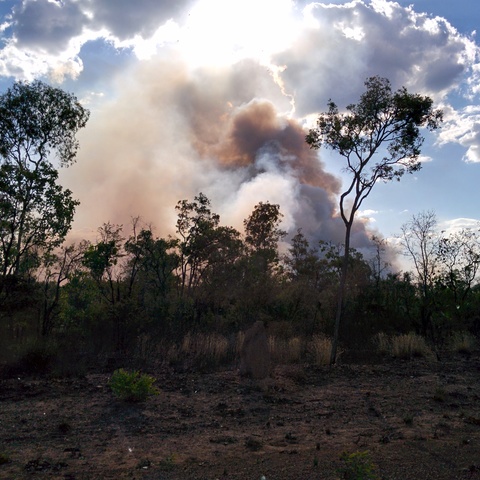 The climb of Ubirr rock is most valuable shortly before sunset. This allows the awesome views shown above, but also allows you to enjoy to sunset 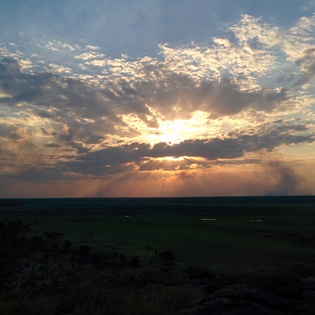 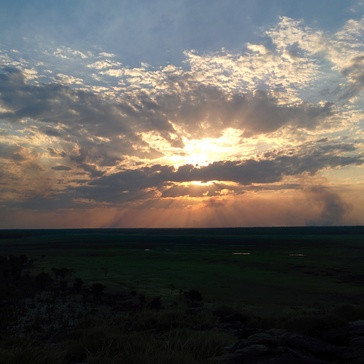 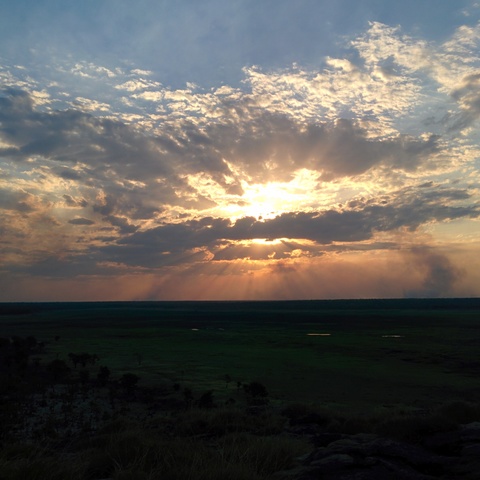 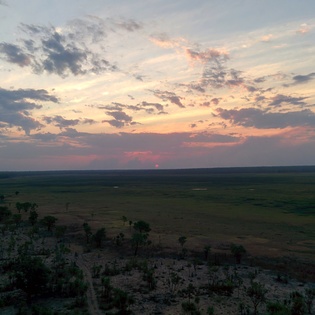 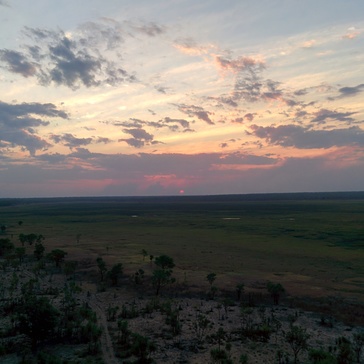 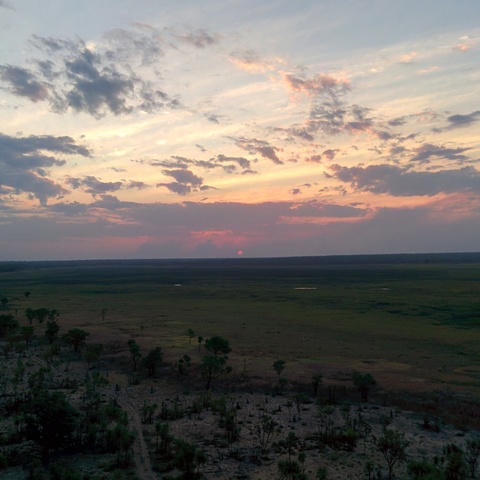 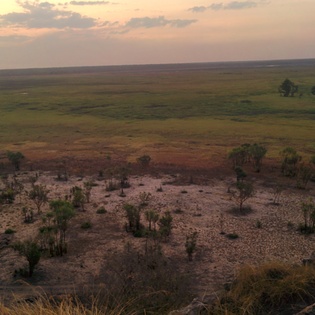 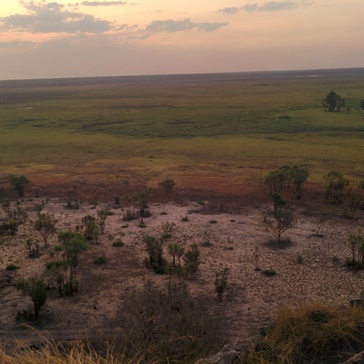 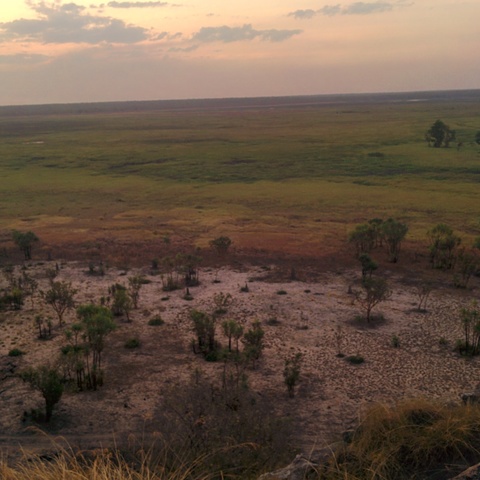